Gorm Askjær Trio: "Blodmånen og dig" has now been released on Jaeger Community Music and is available on all streaming platforms.

To celebrate the release we present a series of alternative versions of the compositions from the album, played by the trio members and other artists from the Jaeger Community Music family. Watch the first here and follow all Blodmånen Sessions at my facebook page 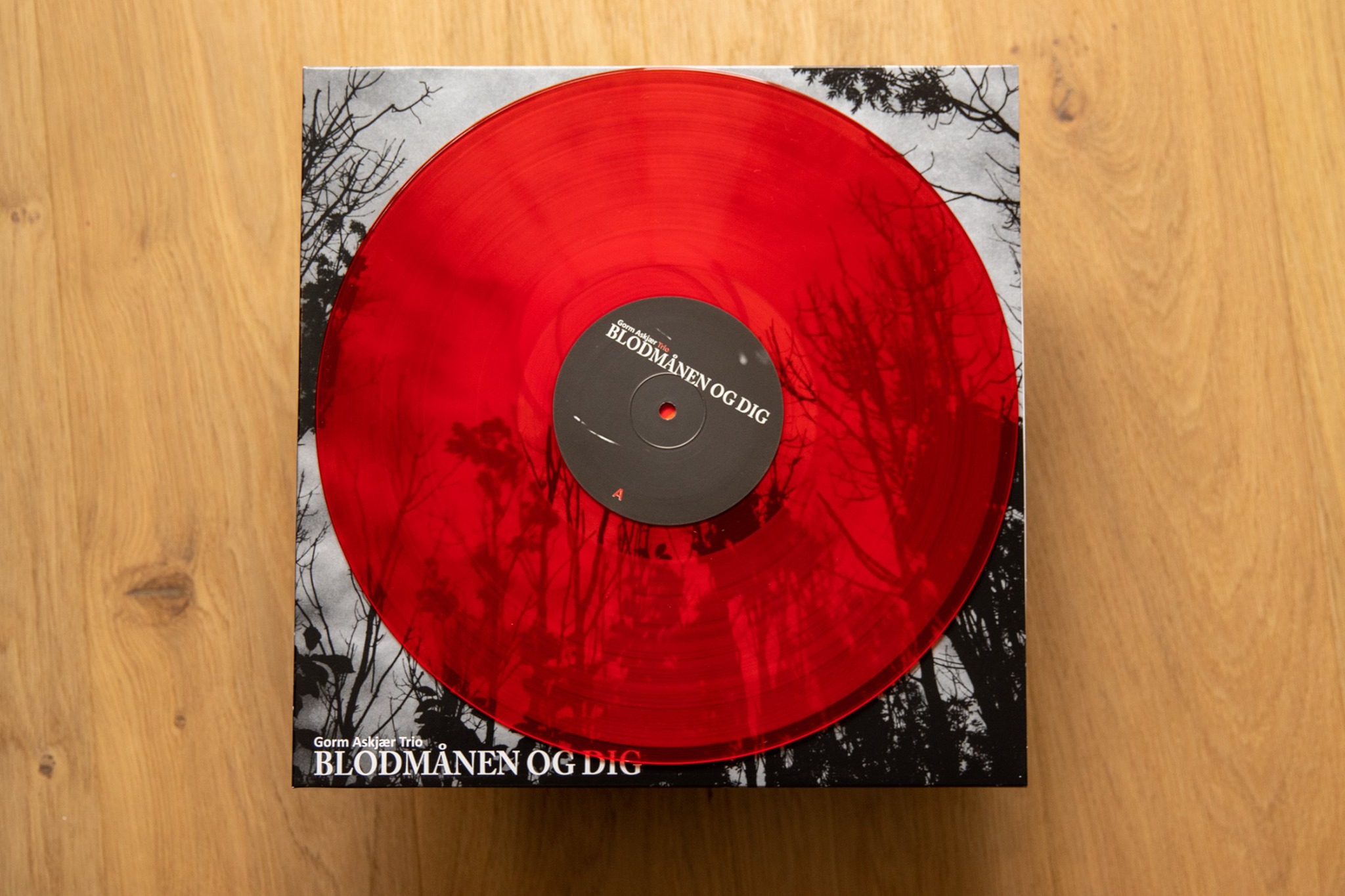 The beautiful red vinyl can be purchased HERE

Release concert on May 23 at Atlas in Aarhus is unfortunately cancelled due to covid-19, but has been moved to November 5, 2020.

Recorded by Anders Ørbæk. Mastering by Emil Thomsen. Artwork made by Simon Eskildsen.

Gorm Askjær Trio: “Blodmånen Og Dig” has been selected to be Album Of The Week on Danish Radio P8 Jazz. We’ve also received a lot of nice reviews. Looking forward to be able to play live with the trio at Sommerjazz 2020 in Aarhus. Dates coming up soon.

Our trioversion of the classic 'A Night In Tunisia' has made the cut for the Jazz X-Press playlist on spotify alongside giants like Keith Jarrett, Kurt Rosenwinkel and Joshua Redman 🥳🎶 which of course makes us very happy and proud.

Looking forward to releasing the album Blodmånen og Dig by Gorm Askjær Trio on Jaeger Community Music. The release will be 23 May 2020 @ Atlas, Aarhus. Stop by and get good music and cheap vinyls ;-)